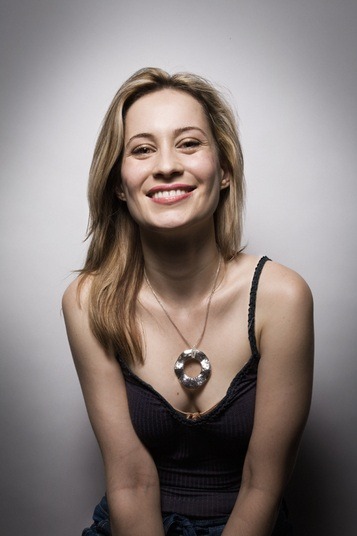 New Image College was fortunate enough to have Camille Sullivan as a NIC TALKS Guest. She spent lots of time speaking to our students and illumine, sharing her experiences and knowledge, plus giving them useful tips and points about the industry. Camille was nominated for a Gemini Award for her portrayal of Amy Lynch on the television series Shattered, playing opposite Callum Keith Rennie. Camille was also nominated for a Gemini for her portrayal of Francine Reardon, the volatile cocaine and alcohol addicted ex-wife of a west coast crime boss, in the critically acclaimed Intelligence, a television series from DaVinci’s Inquest creator Chris Haddock. She played a lead role in Mistresses, a drama pilot for Lifetime, written by Melissa Carter, and based on the British series of the same name. Other recent television credits include a recurring roles on Rookie Blue and Hellcats and Guest Stars on such shows as Falling Skies, Combat Hospital, Alcatraz, Flash point and The Killing. Past film projects include Carl Bessai’s multiple award winning dramatic feature film, Normal. Camille’s performance in Normal won her a Leo Award for Best Actress in a Feature Length Film. Other starring roles include Mount Pleasant, written and directed by Ross Weber, as well as, Mothers and Daughters and Sisters & Brothers, two improvised films directed by Carl Bessai, for which she earned Leo nominations.