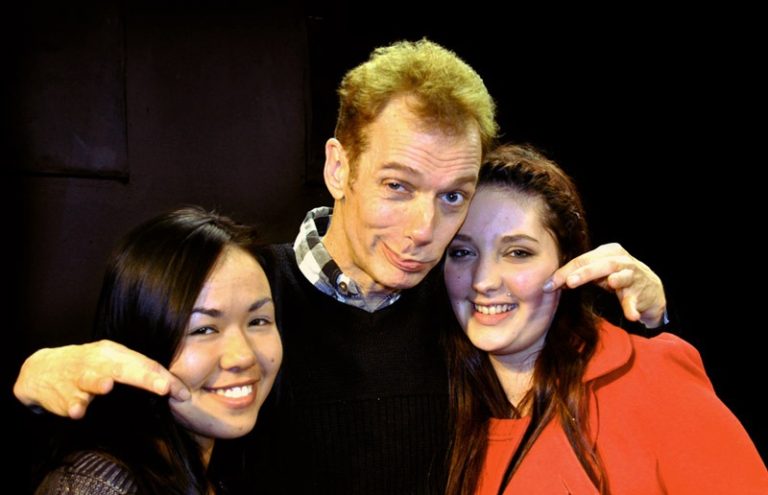 Few can resist the goofy and enthusiastic ball of lanky energy that is famed character actor Doug Jones. In 2004, Doug Jones would be cast as part of Guillermo del Toro’s, Hellboy. The collaboration would begin a long-standing working and personal relationship that would see Jones playing the iconic Fauno and Pale Man characters in the oscar-winning Pan’s Labyrinth. Jones has also worked with legendary director Tim Story in Fantastic 4: Rise of the Silver Surfer, portraying the title character of the Silver Surfer. Jones can also be seen currently as the alien Choice, in Steven Spielberg produced Falling Skies. New Image College acting and makeup students were lucky enough to accept him into our classrooms on several occasions. He has visited the campus and partook in Q&A talks with our students, sharing his invaluable knowledge and advice. Doug Jones has continued to stay involved with New Image College and its students, offering his gentle and goofy wisdom as a kind mentor to our students.