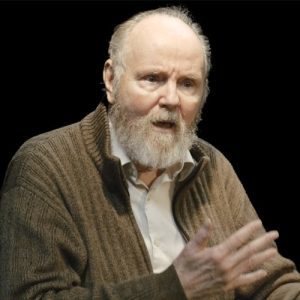 Michael Moriarty would receive international acclaim in 1973 when he would land the starring role, opposite Robert De Niro, in Bang the Drum Slowly. The film would go on to garnish an Oscar nomination. In the next five years, Moriarty would continue to surprise with roles in projects like The Last Detail starring Jack Nicholson, Who’ll Stop the Rain, starring Nick Nolte, and the miniseries Holocaust, which starred James Woods and Meryl Streep. Moriarty would later receive a Golden Globe Award and a Primetime Emmy award for his work in the project. In 1985 Moriarty would star opposite the legendary actor and director, Clint Eastwood in The Pale Rider. Michael would land his biggest role yet when securing a starring role in the long-running television series, Law & Order. Moriarty would receive 4 Primetime Emmy nominations and a Golden Globe nomination throughout his time on the series from 1990 to 1994. Moriarty would later land a supporting role, opposite Denzel Washington and Meg Ryan in 1996, in the film Courage Under Fire. In 2001, Michael would star opposite of James Franco in the TNT pictures original film, James Dean, portraying James Dean’s father. Moriarty has called his work on stage and in the film “his calling” and has tirelessly dedicated himself to the craft for almost 44 years. Moriarty has been gracious enough to share his unparalleled experience and understanding with New Image College’s Acting Conservatory students on several occasions. He is a constant supporter of our independent theatre and film projects and has attended beginner and advanced theatre showcases. New Image College is proud to have accepted Michael Moriarty and his family onto our campus as one of our most illustrious guest speakers.