Our Instructor Nominated for A LEO

Home → NIC Community → Our Instructor Nominated for A LEO

Our very own Amir Aghelnejad was nominated for Best Screenwriting for the Short DramaHomemade and present at the 2019 Leos with his lovely wife, Diana Wu! Amir has been a professional director and editor for over ten years and is known for Homemade (2018), The Devil’s Bill (2012) and Among Us (2017).

With stints as an MTV television segment producer and director of feature and short films. Amir is a multi-disciplinary creative artist with an extensive resumé. He also teaches at New Image College and has directed numerous short films and demo reels, and leads New Image Entertainment through which hundreds of amazing shorts have been produced!

Although Homemade was not this year’s winner, we are incredibly proud to have this incredibly artistic and skillful individual with the NIC Family! We are honoured by his constant dedication to our Film Acting programs and we are absolutely certain this brilliant man will be awarded in the future for his amazing screenplays, direction and creative vision! 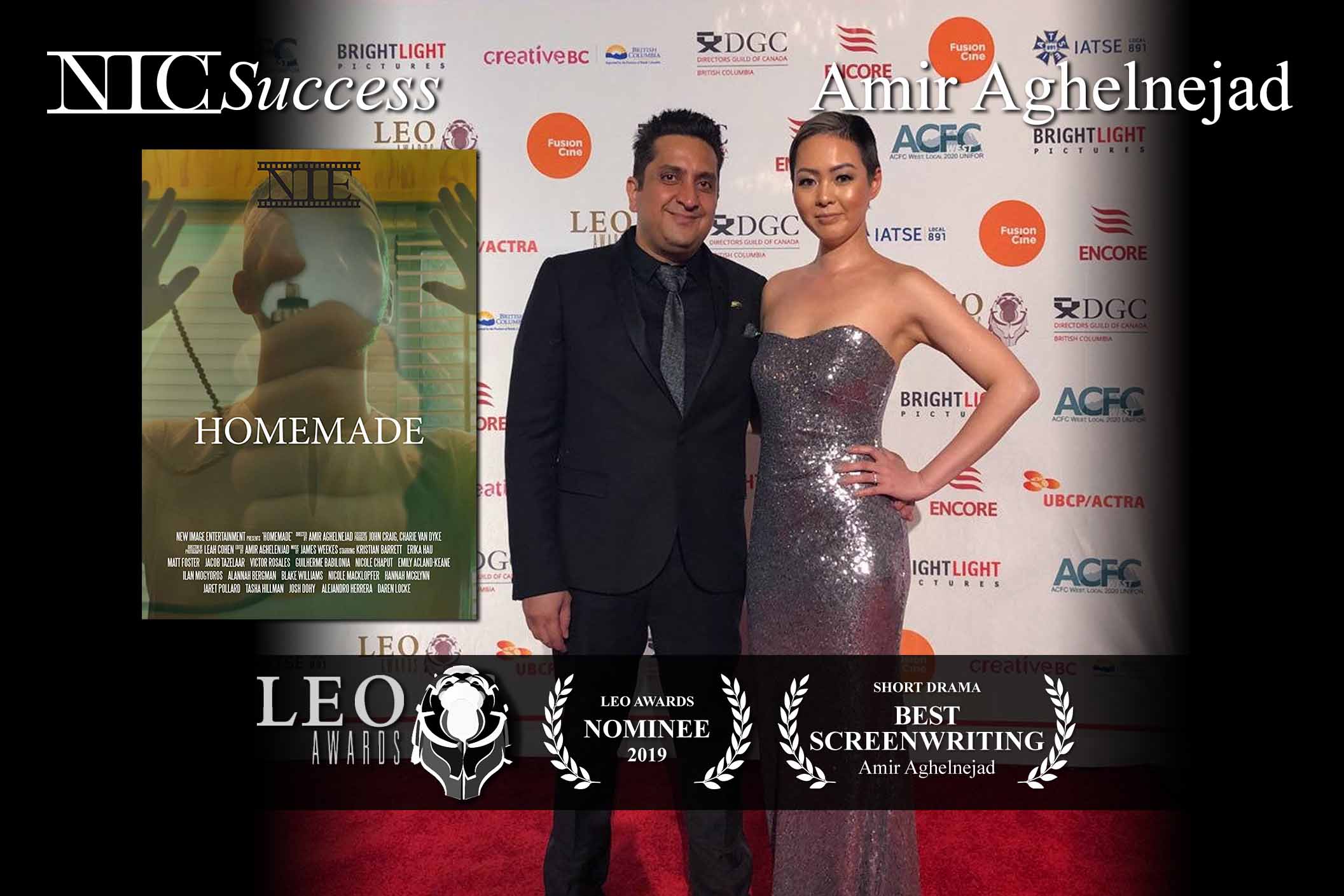