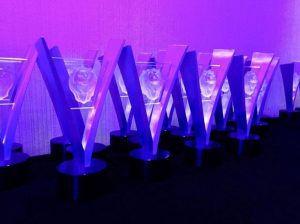 Taylor, a graduate of the Film Acting Conservatory program at New Image College, is being nominated for her incredible role in the short drama, A Ride Home. Taylor’s hard work and dedication to the craft led her to be cast as the lead in Laura Adkin’s Vancouver International Women In Film Festival screened film; an amazing accomplishment from one of our own!

Jess Hawkins graduated from New Image College’s recognized Fashion & Film Makeup Design Diploma program. With this program allowing graduates to work in a variety of industries, including film, it was no surprise when she began to freelance in the film industry. Soon enough, Jess landed a job working on the set of WoodMan, a short film released in 2017. Her work on this fantasy film showcased her impeccable skill, landing her a Leo Award nomination for Best Make-Up, a celebrated achievement.

New Image College is proud of our accomplished graduates and celebrates their achievements!