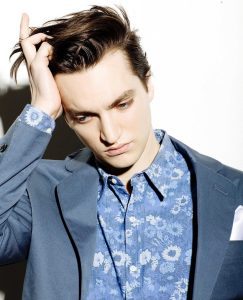 For NIC TALKS. Richard Harmon is one of the busiest actors in North America. In 2017 alone Richard has starred in “CRYPTO”, “BREAK MY HEART 1000 WAYS”, “SLUMBER” ‘PUPPET KILLERS” and the fifth season of the hit tv show “The 100”.  Richard came to our campus at 987 Granville to share his wealth of knowledge in film acting. Richard so kindly shared his techniques, experiences, and wisdom. Outlining what it takes to be successful in the career of a film actor. The importance of professionalism, serving the director and story. Emphasizing that there is no substitution for hard work. Richard encouraged the acting students of New Image to be daring, and original in their approach. To have a true, honest understanding of who you are and brave enough to share it all.