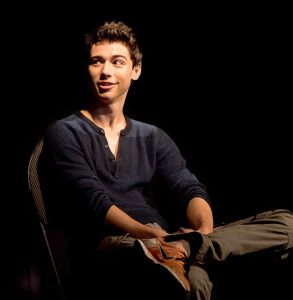 Uriah Shelton was raised in the small river community of Magnolia Springs Alabama, which was about 40 miles south of Mobile. Growing up, Shelton pursued interests in martial arts, piano, and acting. He and his mother decided to move to Los Angeles to embark upon his professional career. Uriah first began to make waves in the LA acting community when he starred in the critically acclaimed feature films, Alabama Moon and Lifted. He would soon find himself working none-stop, appearing on hit TV shows like Monk, Trauma, R.L Stine’s The Haunting Hour, Franklin & Bash and Justified. Uriah would land a leading role in the A&E series, The Glades, starring opposite Matt Passmore and Kiele Sanchez. In 2012, Uriah would go on to secure a regular role on the television show, Blue, starring opposite Julia Stiles and Brooklyn Lowe. Shelton would soon follow that up with a recurring role on the popular children’s show, Girl Meets World, and a starring role in the Luc Besson fantasy epic, Warrior’s Gate, which will appear in theaters everywhere in 2016. During some down time from his intense shoot schedule on Warrior’s Gate, Uriah was gracious enough to accept our invite to NIC Talks. He shared his advice, experiences and crazy stories of what is like being a young man growing in the entertainment business. He offered a uniquely youthful, but seasoned outlook on the experiences that our New Image College acting students and alumni should soon expect as they begin on their own journeys. He capped off his hour and our student led Q&A with a single piece advice, “It is amazing how far being nice, genuine, and easy to work with will get you in this business. So I encourage you all to be artists that boast those three titles”. In addition to bustling acting career, Uriah broke news that he will also have his first album released in the coming year. We want to thank Uriah Shelton for the time and wisdom he shared during New Image College’s NIC TALK.