Casted in a movie in New Orleans

Madeline Claude has been cast in a lead in the feature film “Laveau” shooting in New Orleans.

Madeline Claude came to Vancouver from Montreal to study acting with New Image College’s Film Acting Conservatory Program. Madeline was a wonderful French-speaking actress who dreamed of working in both English and French. While attending New Image Madeline was one of our hardest working students. Always first to arrive in the morning and last to leave at night. Her dedication is paying off.

Please read the Los Angeles Backstage article written about casting her in film. 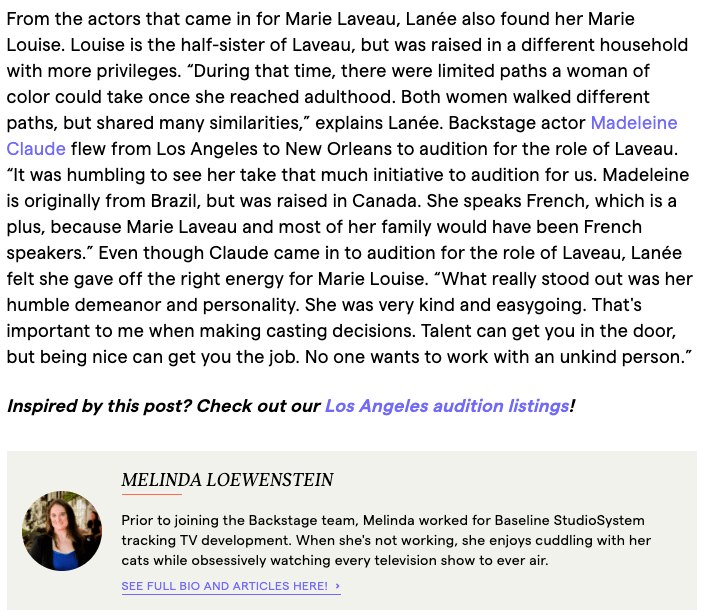