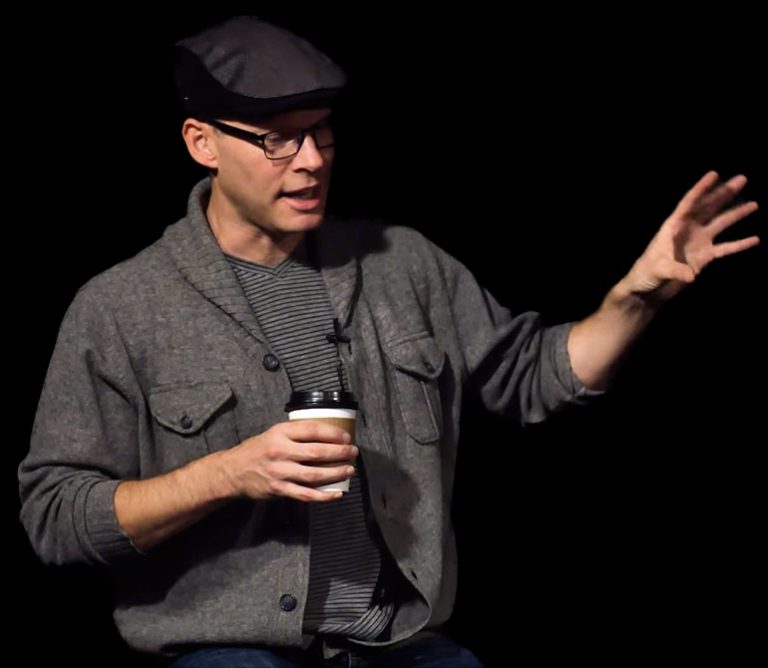 Director Jason Bourque, a name you’d be hard pressed not to hear in Vancouver’s film and television industry over the past decade. Best known for his recent directorial work in ‘Black Fly’, local actors, writers and producers in Hollywood North are getting to know him. In fact, Jason Bourque has gained a reputation as one of Vancouver’s emerging directors. Though, don’t be fooled by the term ‘emerging’, it’s a title that requires at least ten years of work experience and half a dozen credits to acquire: both of which Jason surpasses by a landslide. New Image was excited to welcome Bourque as an honorary NIC Talk. We filled our studio with excited acting students and alumni, all thrilled to meet the prolific director who has gained reputation as the ‘apocalypse director’.

“With one of my latest features, Asteroid: Final Impact, I have almost reached my goal of destroying every major city in North America!”, Jason Bourque

Over the last decade as a director Jason Bourque has written and directed a wide variety of TV movies, series and documentaries, as well as over 60 commercials, short films and music videos. “I started young, I always knew what I wanted to do. Storytelling has always been my passion— When I was 14 I made my first movie, Dead Skin. It was a neighborhood zombie movie… lot’s of gore. Usually the police would show up when they’d see some bloody kid walking around”. In 2007, Jason co-wrote and co-directed the theatrical documentary “Shadow Company“. An in-depth look into the private military industry. The festival hit was reviewed favourably in the New York Times and Variety, while also used as a teaching tool for the US Senate. In 2008, Jason’s documentary “Dreams of Flight” received multiple Leo nominations and won “Best Arts Documentary”. Jason co-directed “Darwin’s Brave New World” for CBC and ABC Australia, an award-winning series shot in five countries. One of the most prolific genre screenwriters on the west coast, Jason has written twenty four produced scripts in the last six years. As a script doctor and ghostwriter, he has worked on theatrical films with budgets up to 40 million. When asked about his philosophy about bringing actors back into the audition room he said, “If I know an actor(ress) is talented, I always try to let them know it, and ya, I will bring them in another time”. In 2014, Jason wrote, directed and produced the award winning indie feature “Black Fly“, which would go on to earn New Image acting grad, Dakota Daulby the UBCP “Best Emerging Performer” award. Jason encouraged our students to go out and be proactive. To create their own material whenever possible, and to never be the actor that is waiting be the phone!

“I think it’s awesome to be creative! Whenever you can get stuff done for no money and use it for a calling card that’s amazing!… It’s all about keeping busy and putting your skills to work”

Our students were awed by director Jason Bourque’s relaxed demeanour and hilariously charismatic approach to film-making. His willingness to share tips, advice and tricks is rare from such a seasoned vet! New Image College prides itself as being an industry leader. Our speakers are a living inspiration of the incredible opportunities available to our students with hard work, dedication, and few good pieces of advice.