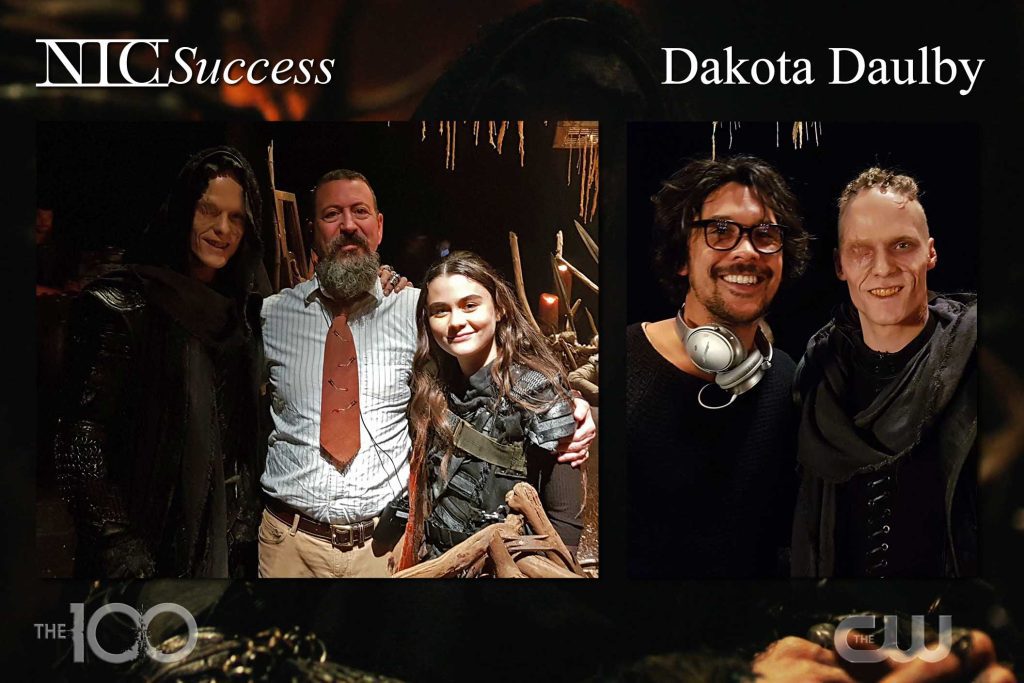 NIC Acting Alumni, Dakota Daulby lands a big gig in the 6th season of CW’s megahit TV show, The 100. Daulby depicts the menacing dark commander, Sheidheda. With his right eye scarred over, rotting teeth and draped in Star Wars-inspired garb, this is Daulby’s most villainous role yet, and he looks startlingly amazing! You can see him here alongside stars, Bob Morley, Lola Flanery, and director P.J. Pesce. Daulby had this to say of immersing himself into this amazing role: “When I get the makeup on, the eye-patch, my robe, the rings, and all the other metal, it’s actually quite easy to jump into Sheidheda’s mindset. Like all villains, you need to build the character’s personality on complete truth. What you’re fighting for, what you believe in, it is as righteous as the hero.” In addition to The 100, Daulby will also be appearing in the highly anticipated Batwoman pilot, and holds a recurring role on Syfy/Netflix’s, Van Helsing! This is just a sampling of a continuously growing list of roles he’s held in the past and we are very excited to watch him grow on his amazing journey to success! Rock on Dakota!