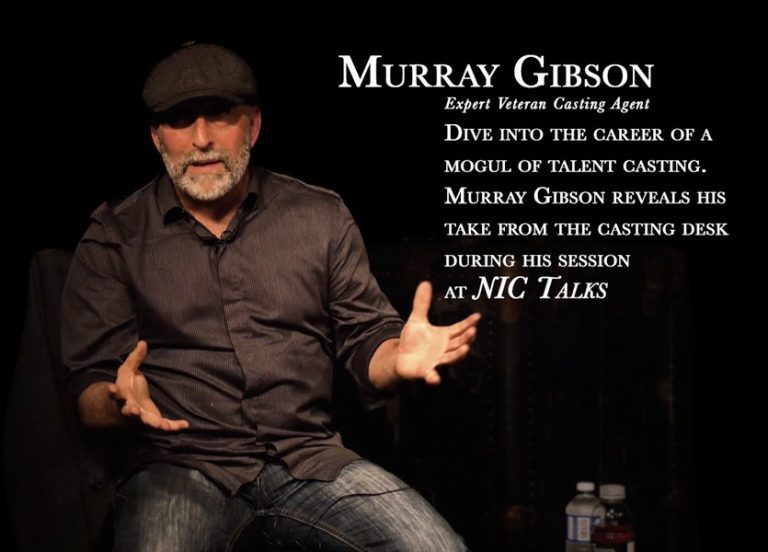 Murray Gibson has been an international Casting/Management Agent for film and television in Vancouver for 29 years. His influence and reputation as a resource for young to veteran actors reach across his local sphere of industry veterans, outwards to the entire industry all over North America. As a partner of RED Management, Gibson’s own talent agency plays an integral role in the film and television industry. Talent casting for productions around the world, Gibson has dug into the creative vein in Vancouver to search for the most talented actors and continues to match roles that fit perfectly for the part. Canadian Actor Molly Parker, who has appeared in the and award-winning Netflix series House of Cards and the critically acclaimed Deadwood series, started her career with Gibson. Rising from roles in such controversial indie-circuit films as Suspicious River and comedic romp Men With Brooms, Murray Gibson propelled her career to stardom. New Image College and NIC Talks are privileged to have Murray be part of the family of special guests. Connecting students who are learning to act professionally with such an incredible resource for their future careers could not have gone better. New Image College prides itself on being an industry leader and resources for everyone who is starting their careers in Acting, Makeup and Esthetics. NIC Talks is just one of the ways that provides students and alumni with an influential network that can springboard careers to the goals our students layout for themselves while achieving the career of their dreams. Thanks, Murray! We can’t wait to see the roles your talents can bring to New Image alumni in the future.